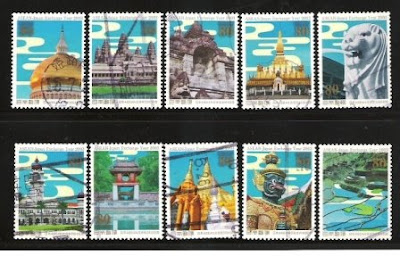 Japan did a whole set on their own where they depicted one particular scene of each country. If you look at the stamp for Brunei, you would see the dome of SOAS Mosque. This probably marked the first time that the SOAS mosque appearing in another country's stamps. I don't think there has been another ocassion for that.
Posted by Rozan Yunos at 6:27 PM