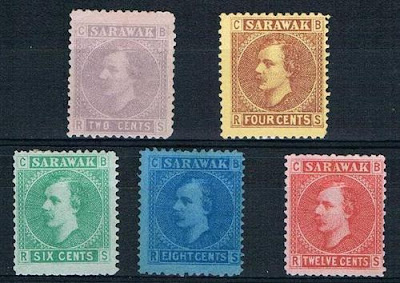 Continuing on the Sarawak stamps. This set is the third series of stamps that Sarawak issued. These were issued in 1875, a full 20 years before Brunei's first issuance in 1895.