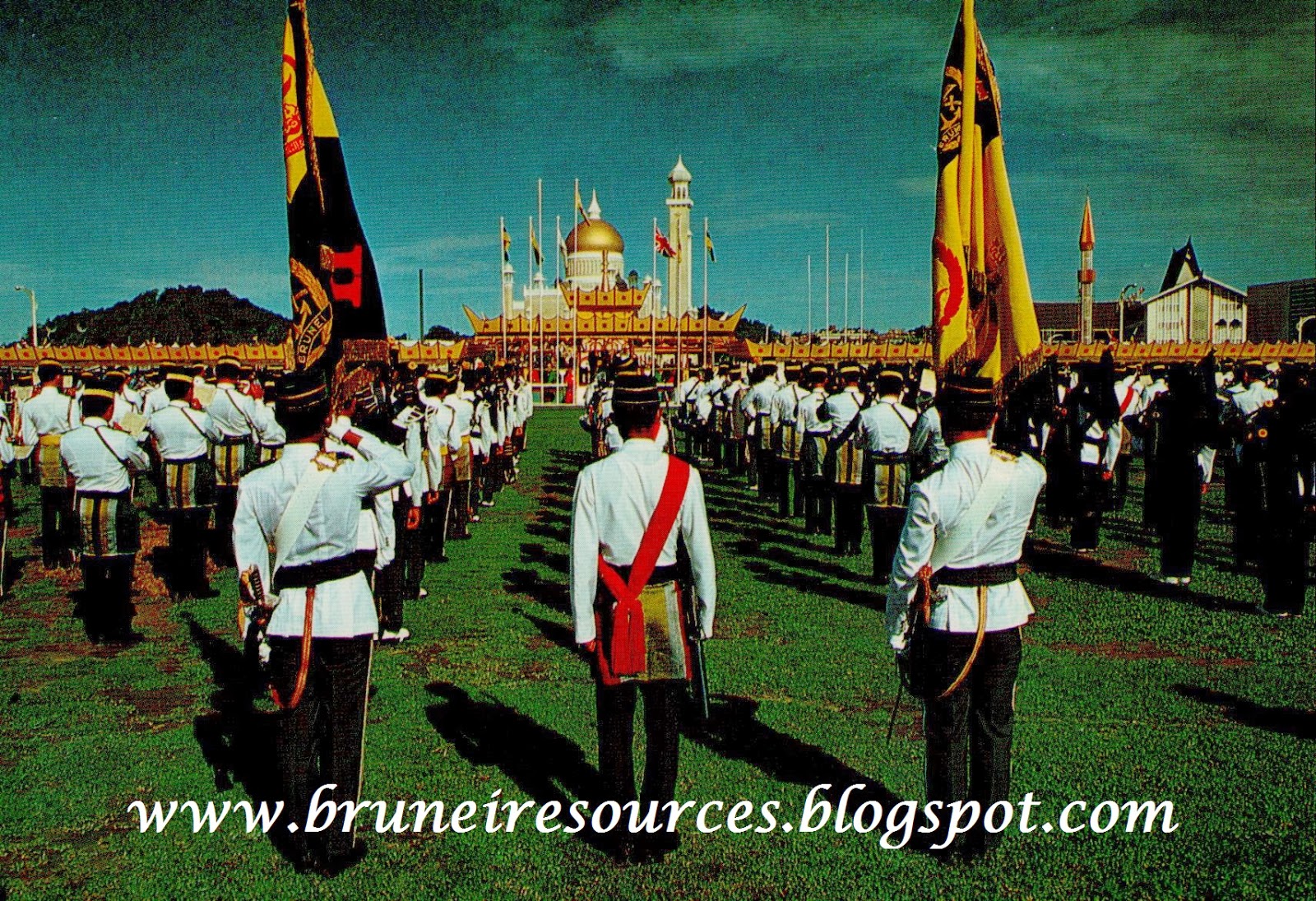 This looks like a modern postcard of Brunei. But looks can be deceiving. This postcard is more than 30 years old, believe it or not.

Secondly look closely at the flags waving in front of the Royal Dais. There is a Union Jack clearly visible. Only in pre-1984 was the Union Jack, the British flag was clearly seen as Brunei at that time was still a 'protectorate' of the United Kingdom of Great Britain and Northern Ireland.

Finally, the uniforms. I am sure the uniforms have changed but I just don't know enough about military uniforms to describe the changes.

Additionally, which is not visible, the postcard was published by Dairy Farm, a company which no longer exist in Brunei. My best guess is that this postcard was printed about early 1980s.
Posted by Rozan Yunos at 6:26 PM