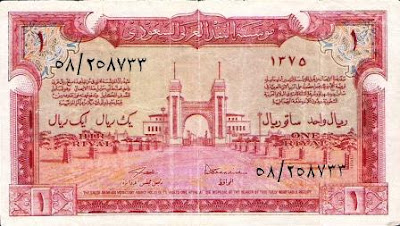 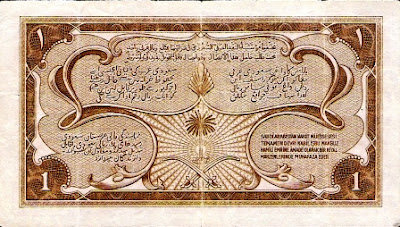 These riyals are interesting as there are other languages on it including Malay. On the reverse, one can read in Jawi that the Saudi Arabia Monetary Authority promises to refund you in full to the amount of one riyal or five riyal as the case may be.
Posted by Rozan Yunos at 6:39 AM

I am from Saudi Arabia

I just want to know the exact current value of such a precious Saudi Arabia Hajj Riyals issued in 1953.

This washed with water !

* This is my opinion