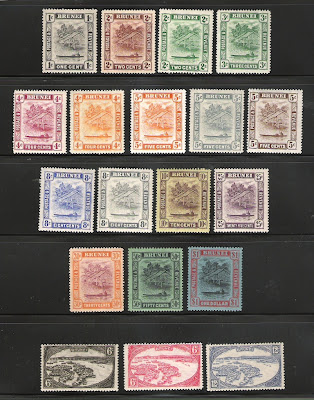 This the 1924/1937 series of Brunei stamps, the final 3 stamps arrived yesterday. This set had the most changes in its 13 year existence. For instance the 5c stamp appeared three times each a different colour. This set also introduced a new design of the Kampong Ayer and the capital. Take a good look.
Posted by Rozan Yunos at 10:49 PM