Last Thursday I attended a nikah ceremony at As-sallehin Mosque. My wife's cousin's daughter was betrothed to her chosen love one. As usual part of the ceremony was a 'mas kahwin' where the groom has to pay to the bride a sum of money. In Brunei, that sum is usually around $200 to $300. I know of one state in Malaysia, Johor, which makes it a mandatory $22.50. Lately many have been following the practise of old where the sum is a gold dinar coin.


I was quite intrigued when the imam announced that the 'mas kahwin' for that wedding was also one gold dinar coin. I could not wait until the end of the ceremony to see for myself what one dinar coin looked like. It looked like this: 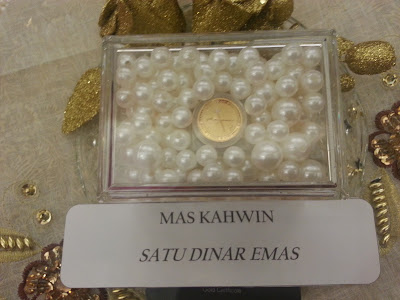 I was told that the value of this gold dinar coin was around $300. After the ceremony, I decided to ask around and posted the question on my fb. I got all the answers. Apparently there are several companies selling the dinar gold coins around the region. This one in particular was actually sold by a company which had branches in all over the Muslim world including Brunei. Dealers called this the Brunei Gold Dinar. This dinar is made up of 999 purity of gold. Currently it cost about $330 or thereabouts.

Another company is Malaysian based but their dinar gold coin was slightly impure which is 916 around 22 karat. The price of that gold dinar varies according to the market. Since the pricing was listed, it was easy to see. When I first looked, the price was M$591, today it was M$570.

The State of Kelantan apparently got into the act and produced their own at 917 purity. The market price for today was $270 and the listed price for the Kelantan Gold Dinar today on their website was M$665 which is around $266 which is quite close to how much they are selling here. The Kelantan gold dinar looks like this: 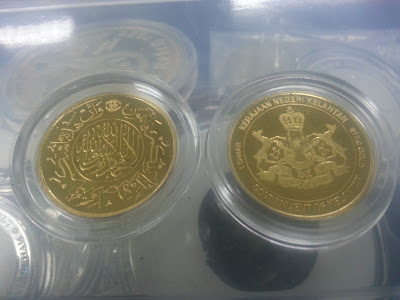 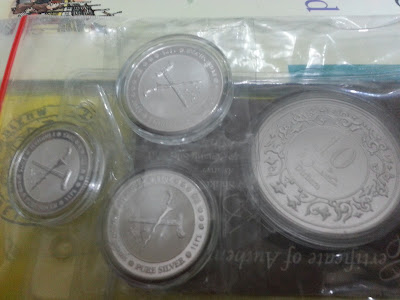 These are indeed interesting times for coin collectors to be able to collect something valuable and perhaps can be used as investment tools.
Posted by Rozan Yunos at 1:30 AM