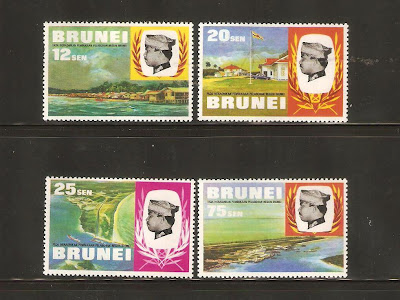 So I showed my hand. He looked at the hand and told me that he expected the stamps to be worth at least that much, he said he will make money but he said that the stamps may be worth much more. I thought about it and add three more fingers, I was going to show 2 1/2 fingers but I don't know how to do that in finger signs. He accepted the price. I was just happy and overjoyed to have acquire a set of stamps of which I don't know whether I will ever see again.
Posted by Rozan Yunos at 8:18 AM

Stop making money. Money is one of the least critical aspects of human life

Stop asking money related questions. Money is one of the least signal factors of human life

Money is one of the most weighty sides of human life. Don't stop asking this form of questions

How come everybody is making money - money is one of the least salient aspects of life!

Stop asking this kind of questions... Money is not noteworthy!

Keep asking money related questions. Money is one of the most vital characteristics of human life!

Money is not weighty... Stop asking this form of questions

I enjoy collecting coins. I have quite a lot of them now, and still searching for more of them. I also secrectly like jewelry, but not just any jewelry, but that which i can obtain at a very low cost and has a significant value. I love the art of buying low, and selling at a profit, or keeping for my own collection.
I would be interested in purchasing a ticket from you, as per your other blog page. Please remove my email address before posting this on your blog. Thanks. Shirley.Billingsley@gmail.com