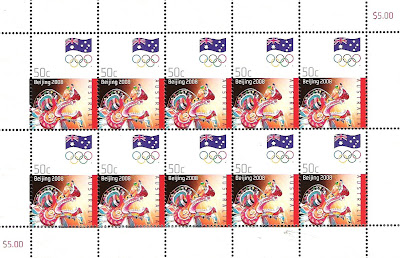 According to legend, the ancient Olympic Games were founded by Heracles (the Roman Hercules), a son of Zeus. Yet the first Olympic Games for which we still have written records were held in 776 BCE. At this Olympic Games, a naked runner, won the sole event at the Olympics, the stade - a run of approximately 192 meters (210 yards) making him the very first Olympic champion in history.

The ancient Olympic Games grew and continued to be played every four years for nearly 1200 years. In 393 CE, the Roman emperor Theodosius I, a Christian, abolished the Games because of their pagan influences.

It took almost 1,500 before a Frenchmen named Pierre de Coubertin began its revival. He believed that the French lost to the Germans not because of military tactics but because they were weak. So Coubertin decided that it was exercise, more specifically sports, that made a well-rounded and vigorous person. It took him a while to get France interested. In 1890, he organized and founded a sports organization, Union des Sociétés Francaises de Sports Athlétiques (USFSA).

After one failure, four years later, Coubertin organized another meeting. This time with 79 delegates who represented nine countries. He gathered these delegates in an auditorium that was decorated by neoclassical murals and similar additional points of ambiance. At this meeting, Coubertin eloquently spoke of the revival of the Olympic Games. The delegates at the conference voted unanimously for the Olympic Games. The delegates also decided to have Coubertin construct an international committee to organize the Games. This committee became the International Olympic Committee and Demetrious Vikelas from Greece was selected to be its first president. Athens was chosen for the revival of the Olympic Games and the planning was begun.

The very first modern Olympic Games opened in the first week of April 1896. Since the Greek government had been unable to fund construction of a stadium, a wealthy Greek architect, Georgios Averoff, donated one million drachmas (over $100,000) to restore the Panathenaic Stadium, originally built in 330 BCE, with white marble for the Olympic Games.

Since the Games were not well publicized internationally, contestants were not nationally chosen but rather came individually and at their own expense. Some contestants were tourists who happened to be in the area during the Games. Athletes wore their athletic club uniform rather than a national team one.

This is excellent. Not just the stamps here you are talking about, but also the history of the Games. Well done!