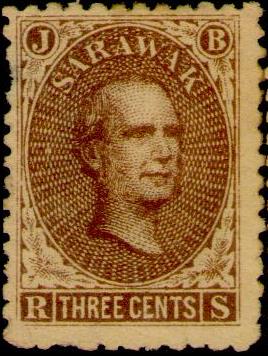 A few years ago, one stamp seller who I had bought some items on the internet contacted me. Apparently he had to undergo a heart operation and needed the money and he wanted to sell his collection to someone who will be more than willing to take care of his collection as he says he is already too old. He offered them to me and I bought them, mostly Sarawak stamps. I had kept them aside and never really looked at them properly. Recently I had a look and among the stamps were early Sarawak stamps including this first ever Sarawak stamp issued in 1869. The catalogue value is about $100 for a mint and about $500 for a used one.
Posted by Rozan Yunos at 7:15 PM