About six years ago, I wrote about bidding to get a Pead First Day Cover 1895 which you can read if click on the underlined words. In 1895 when Robertson issued his stamps of Brunei, the stamps were very popular and very commercialised. So either Robertson or someone close to him took advantage and issued a number of 'first day covers' and addressed them to either Parker or Mead in London, England. Both types are very expensive and very rare now. I only managed to get the Parker First Day Cover and up to now still have not come across the Pead First Day Cover until now. In the meantime I do have this Parker first day cover posted from Brunei in July 1895, transit to Labuan and received in Totenham in August 1895. This was probably among the first letters carried officially from Brunei to England in those days. 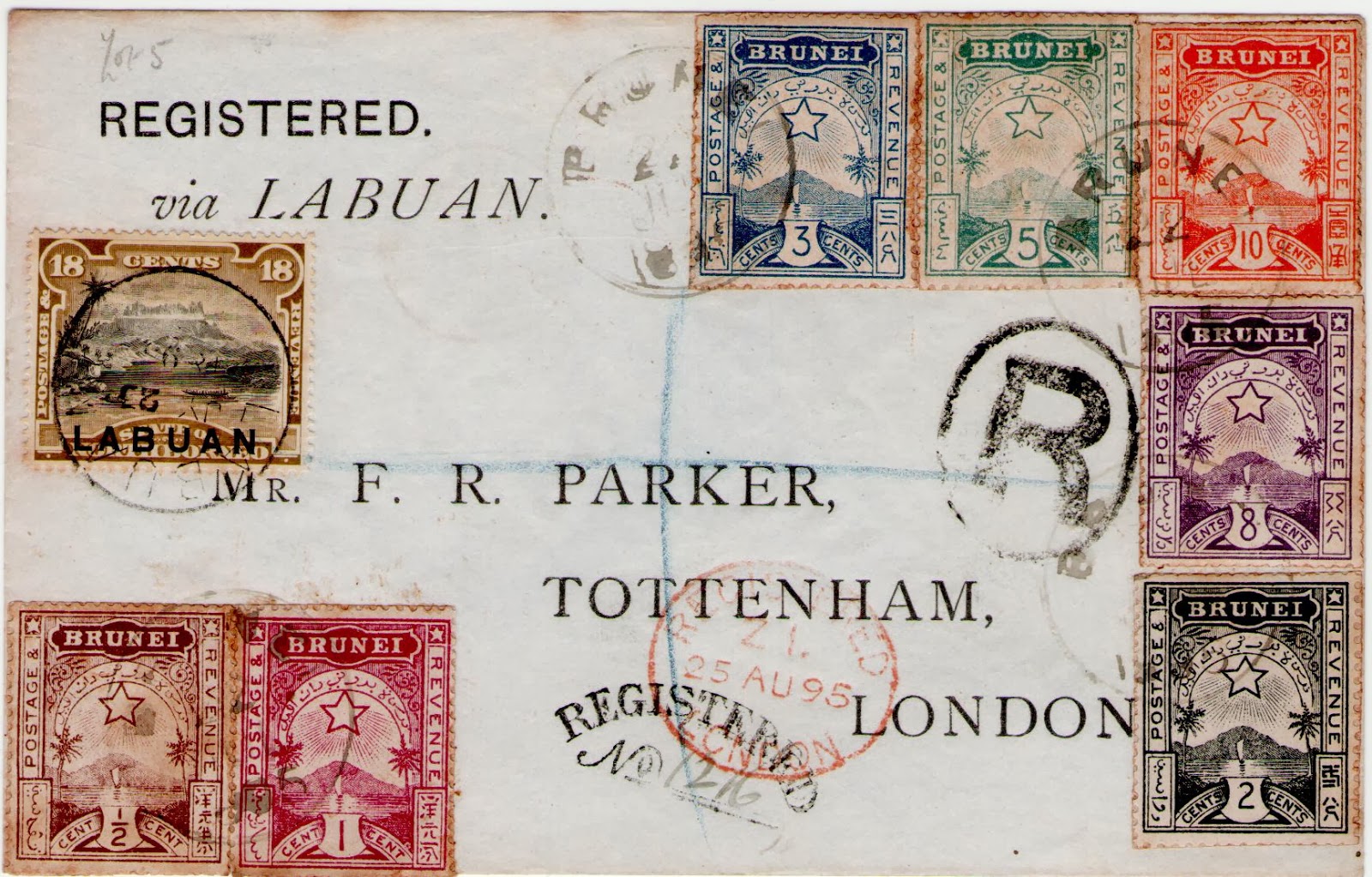