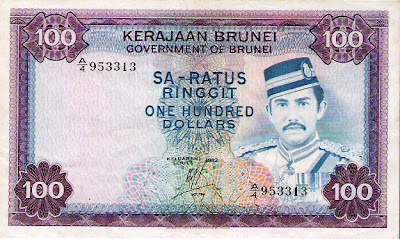 If you happen to find this in your dad's safe, DO NOT SPEND IT. Technically speaking this note is only worth $100 if you bring it to the shop. The shops will accept it after looking at the quizzically. If you bring it to a money dealer (or to me), he will give you US$300 ($450), I would bargain with you for it to be around US$200. 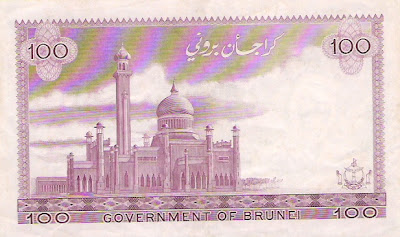 I'm not sure mine is which year.