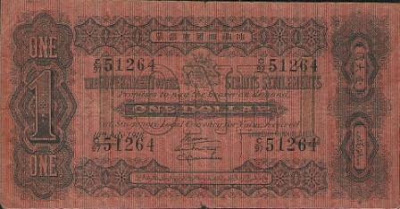 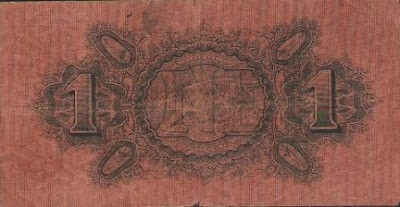 This particular note is the first design of the Straits Settlement paper currency. This was issued between 1906 to 1924 and printed and engraved by Thomas De La Rue & Company (this company also printed Brunei stamps from 1907 until the 1970s). The first issuance was issued on white cream paper and then on pinkish paper which is what I have here. I was quite lucky to get this 90 year old note for about US$105 and the market rate can range from US$125 VG to about US$2,000 UNC.
Posted by Rozan Yunos at 4:41 AM

I always asked myself this question. Why did they pick this kind of colour for the note? It’s quite hard to see the details on the note especially if you have poor eye sight. Imagine if you are a hawker doing night business from street to street and some one gave you this dollar in return for goods and services, you will have to be careful that you are not given a piece of paper with similar colour as the note. Of course I can imagine that in those days, this is considered a high value note and not very poor souls in those days would carry them in their pocket. I wonder what is the equivalent value of this note in today standard. A hundred or much more?