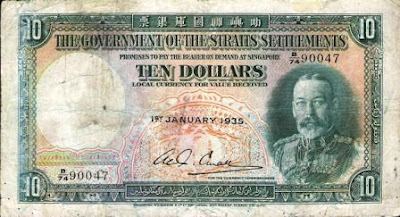 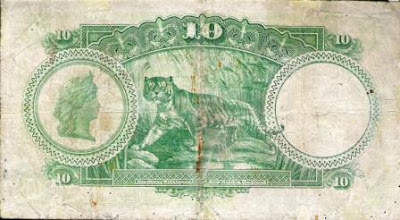 This $10 note has a tiger's head as the watermark. It was engraved and printed by Bradbury, Wilson & Co Ltd. The 1935 are the least expensive of this series which was printed every January from 1931 to 1935.
Posted by Rozan Yunos at 5:41 AM