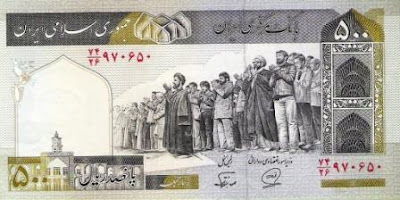 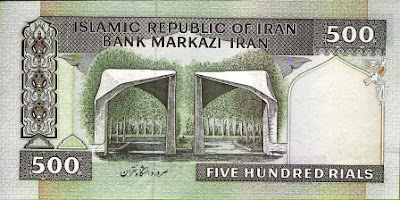 I got this Iranian 500 Riyal note when I was in Iran in March this year when I attended the Asia-Pacific Housing Ministers meeting in Tehran. In fact I got the entire Islamic series as well as the Pahlavi series. I could not get the pre Pahlavi series as they were too expensive.

However this Islamic series is interesting. I don't think there is any other currency in the world showing a group of people praying be it Islamic or otherwise. Though this 500 Riyal note is not worth much as the Iranian currency has weakened since the days of the Shah of Iran.
Posted by Rozan Yunos at 10:28 AM