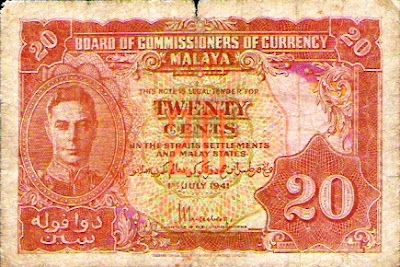 There is actually a 20 cents metal version which was more popular but this note served as a transition period currency note and for that it worthwhile to keep it. If you look on the back of the note (obverse), you can see Brunei's panji-panji which means this note was also used in Brunei. 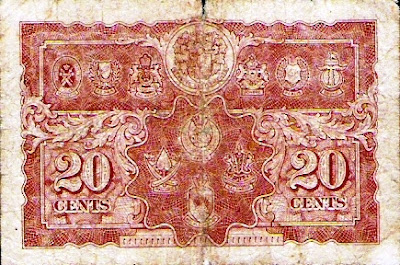 Malaya 20cents Paper Note 1941 how much will in worth thanks