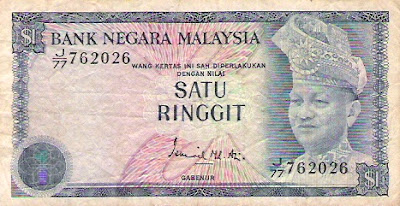 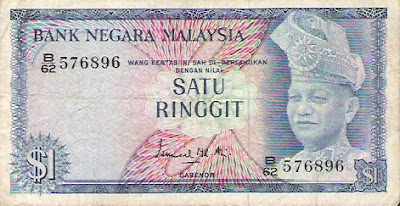 The early Malaysian banknotes to me are the most dull of the three former Malaya British Borneo Board of Commissioners of Currencies. These two banknotes represent the Malaysian design from 1967 to 1984. The main difference between the two is that latent image (guilloche) at the bottom left corner. Four series were issued in the 17 years but each of the design above appeared twice with very minor changes that only a collector can discern the difference. It was the subsequent designs from 1984 onwards which are more exciting.
Posted by Rozan Yunos at 7:08 AM