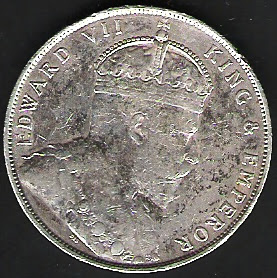 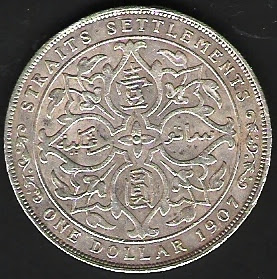 The British Trade Dollar was issued from around 1895 to 1935. This coin was quite popular and used in Singapore and Hongkong to stop other countries' silver dollars from being circulated in British colonies. This coin was known as Ringgit Tongkat in Malaya.

Hello
If I may ask, how much is this coin worth now? TQ!

Hi,
I represent the E&O Hotel of Penang who is publishing a 192-page book on the history of the hotel. Would you allow us to publish your image of the Straits dollar (back and front) in our book? If so, we would gladly give you a photo credit. Please quickly contact me at tan.lilian@gmail.com so we are about to go to print. Thanks.

In 1910, Sun Yat Sen gave a speech in Penang and the followers raised 8,000 straits dollars on the spot. Do you know how much would that be the equivalent of today? In US$, British Pounds or Malaysian Ringgit...